Episode 13: How to let go of expectations from others 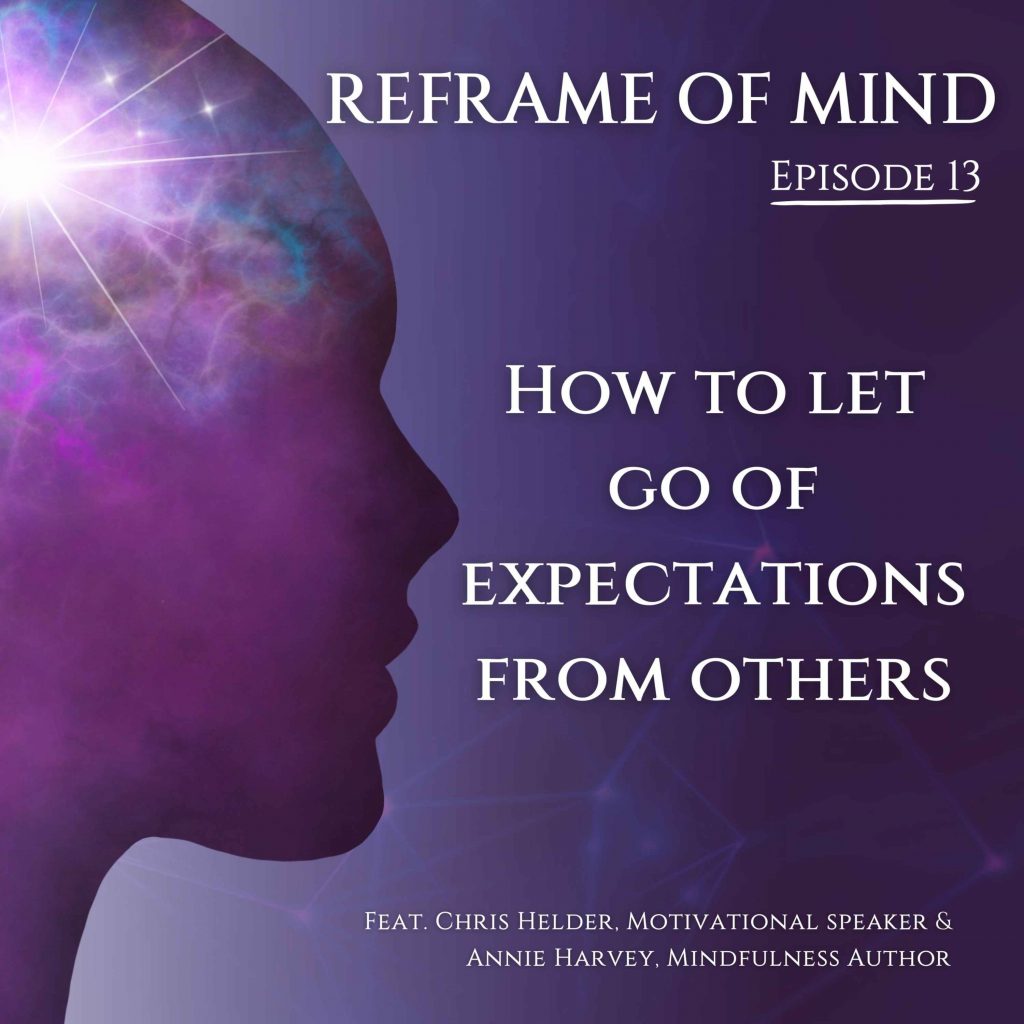 When someone asks you how you are, do you tell them? Do they even want to know?

It’s just one part of life’s game of expectations and we keep playing along.

Our worth is often derived by the people and stuff around us. And we think that we are worthless if we don’t offer other people value.

But what would happen if we chose to let go of playing by the expectations set by someone (or something) else and stopped measuring our value by their perception of what we can offer them?

It’s more than one person’s opinion. It’s systemic and built into the fabric of society. Our self-worth is linked to our value. And when we tie our value to money, possessions, careers, relationships etc. That becomes our compass for success and decision making. Even as kids, we were taught, and then teach our own, that we need to make choices that will get us a good career and income and set us up for the future. And we learn, and continue, the pattern of making decisions to please others while ignoring our emotions and needs.

But we can break that pattern. We can make choices in accordance with our own values.

In this episode of Reframe of Mind, Louise and Andy share their personal experiences with letting go of other people’s expectations and learning to make decisions in accordance with their own personal values; and discuss the concept of reframing our thoughts to better support our self-worth.

They also look at the ‘human durability’ model with more from Derrick McManus, founder of the Australian Centre for Human Durability; Chat to motivational speaker Chris Helder, about his ‘Useful Belief’ philosophy, and how he was able to apply the technique to reframing his own loss of gigs at the start of the pandemic; and to mindfulness coach and ‘Still Effect’ author Annie Harvey to get her practical tips on how to reframe our thoughts around situations that are out of our practical control.

You can connect with Louise & Andy on Reframe of Mind’s social media directly below:

Reframe of Mind contains discussion around mental health that may be disturbing to some listeners. If you are concerned about yourself or someone you know, please seek professional individual advice.

Some of the main crisis lines in Australia are listed on our Mental Health Crisis Resources page, including those that operate 24/7 like Beyond Blue and Lifeline. 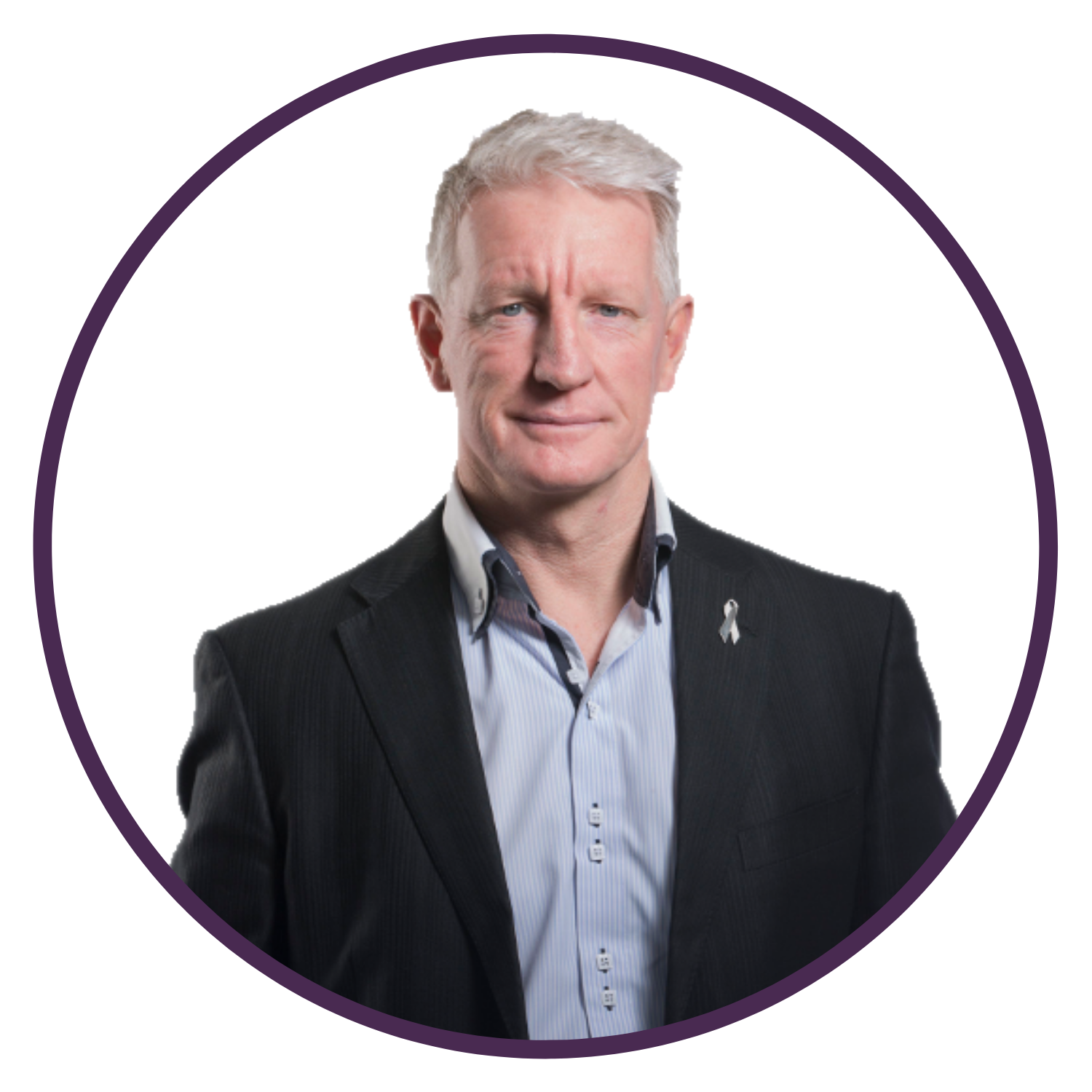 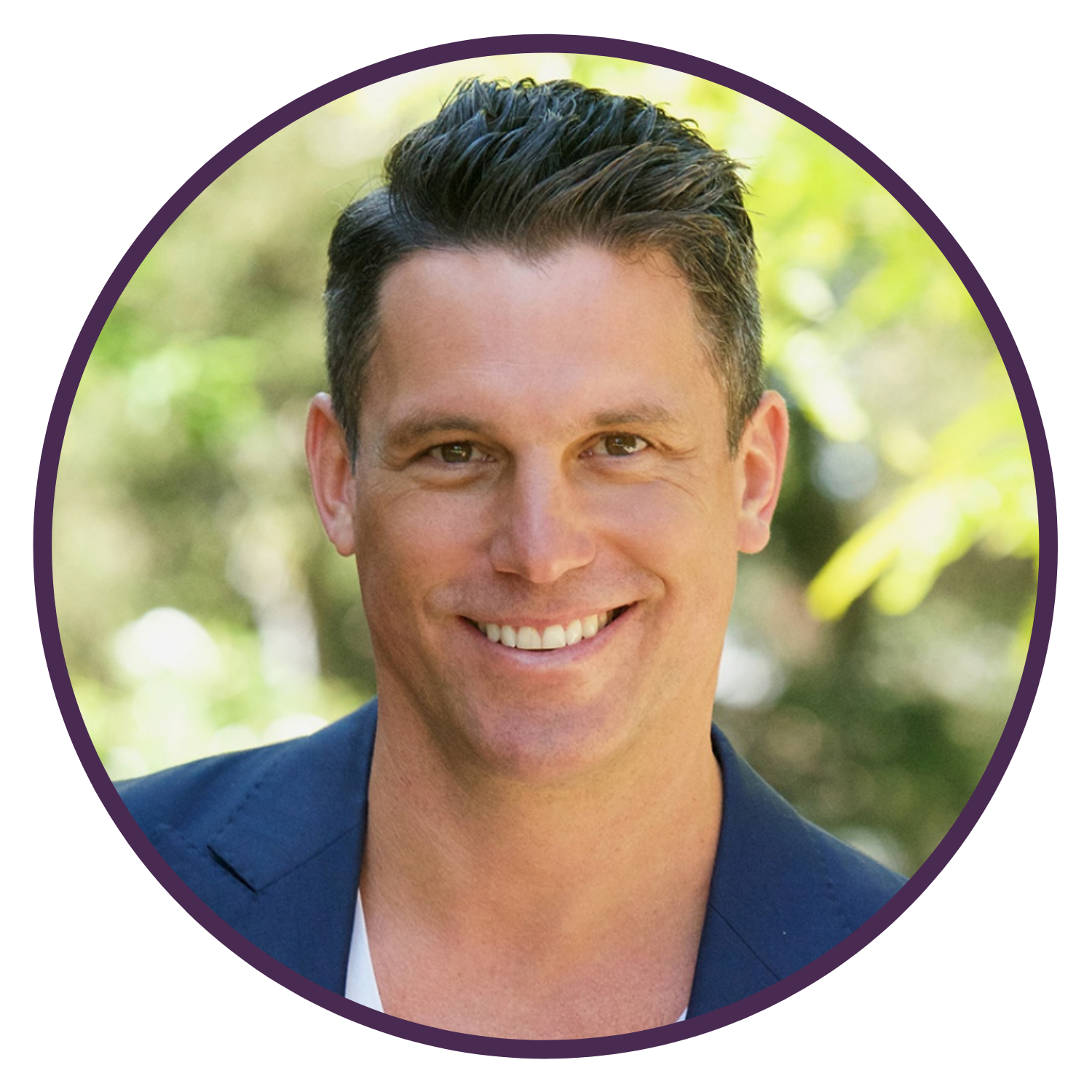 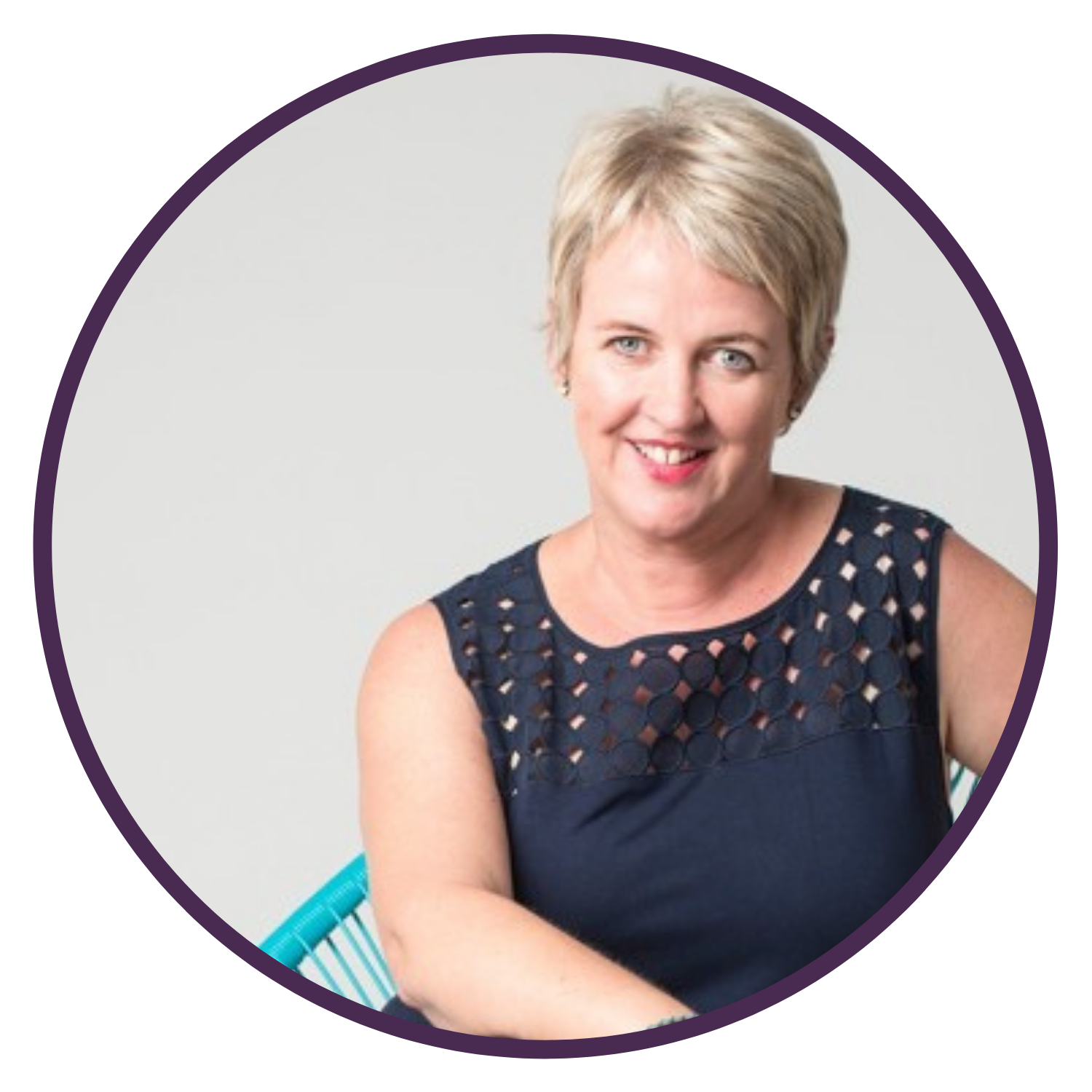 Here’s some extra things you might not know about our guests, as well as some of the things mentioned during the episode.

Annie works with adults and teens to help maximise their wellbeing and resilience. In our current world of ‘busyness’, she shows us not only how to be STILL just for a few moments, but also shares her own strategies to prevent burnout. All her tools are evidenced based and well researched and she only shares what she uses herself.

Annie works with individuals and groups: from Education to Health & Social Work, from Public to the Corporate sector. Annie offers keynotes, energisers, workshops, training and 1:1 mentoring and coaching.

Listen to Annie talk about burnout in the workplace in a previous episode of Reframe of Mind: Mental Health & Workplace culture; Is there a better way?

Connect with Annie on her LinkedIn

Check out Annie’s book: The Little Book of Still: Calm for Busy Lives 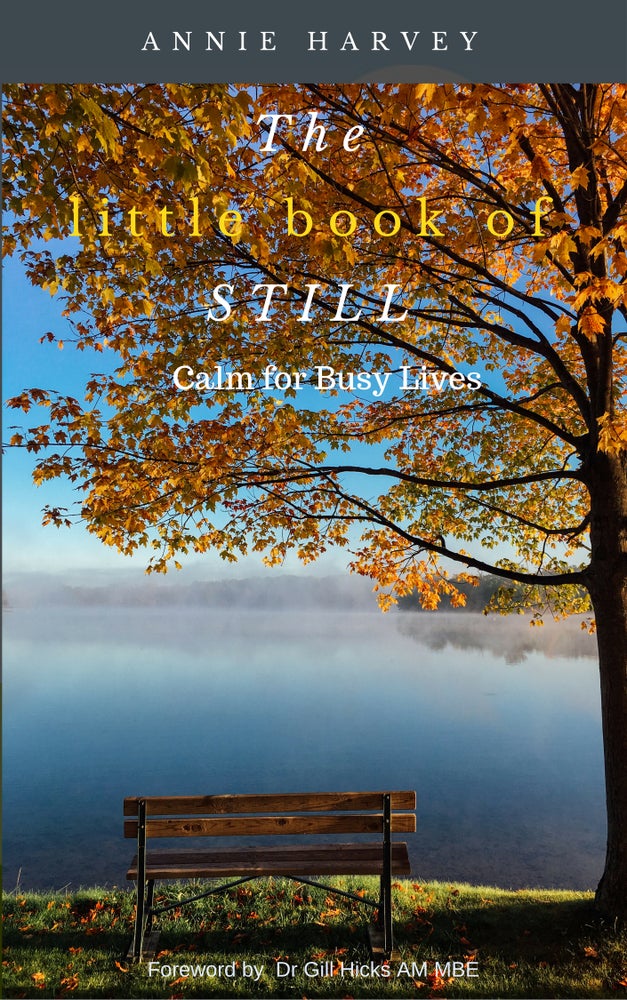 Annie talks about Laughter Therapy on the ABC

Watch a series of videos on Mindfulness Annie produced for Wellbeing SA:

Keynote speaker and motivational author, Chris Helder is an international business communication expert whose presentations have are pitched at transforming people communicate with clients, customers, colleagues, staff and teams.

He has been a professional speaker for 18 years and has delivered over 2,450 presentations around the world. He is the bestselling author of “The Ultimate Book of Influence” which has been published in five languages, “Useful Belief”, one of the highest selling Australian business books of all time and “Cut The Noise” which is about achieving better results with greater focus. Learn more about Chris or book him for your next business event at chrishelder.com 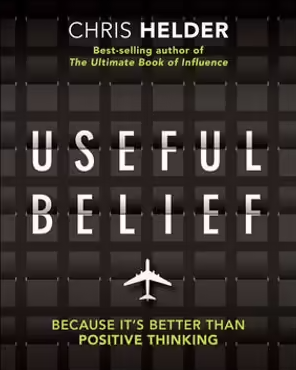 Derrick McManus was a South Australian Police officer operating in the elite Special Tasks And Rescue (STAR) Group.  He held specialist skills as a sniper, diver and was trained by the military elite Special Air Services Regiment (SAS) in counter-terrorist tactics. This is a physically, mentally and emotionally demanding environment.  It is an extreme, potentially overwhelming, VUCA environment in every way.

Derrick’s team had been tasked to arrest a high-risk offender.  He was obviously not very keen on being arrested. He fired 18 times in less than 5 seconds and hit Derrick 14 times. Derrick was then lying on the ground bleeding for 3 hours prior to his rescue.

Derrick had proactively prepared himself physically, mentally AND emotionally for the challenges he could expect as a result of the choices he had made.  He took responsibility for his actions and for all possible consequences. This format has been developed into the model for Human Durability and forms the basis of the philosophies within the Australian Centre for Human Durability.

Listen to the previous episode of Reframe of Mind: Who is Derrick McManus?

Watch an A Current Affair story about Derrick, featuring an interview with the doctor that treated him on the scene of the siege:

Jump to: Episode Transcript | Other Guests | Gallery | Top of Page