Episode 12: Who is Derrick McManus? 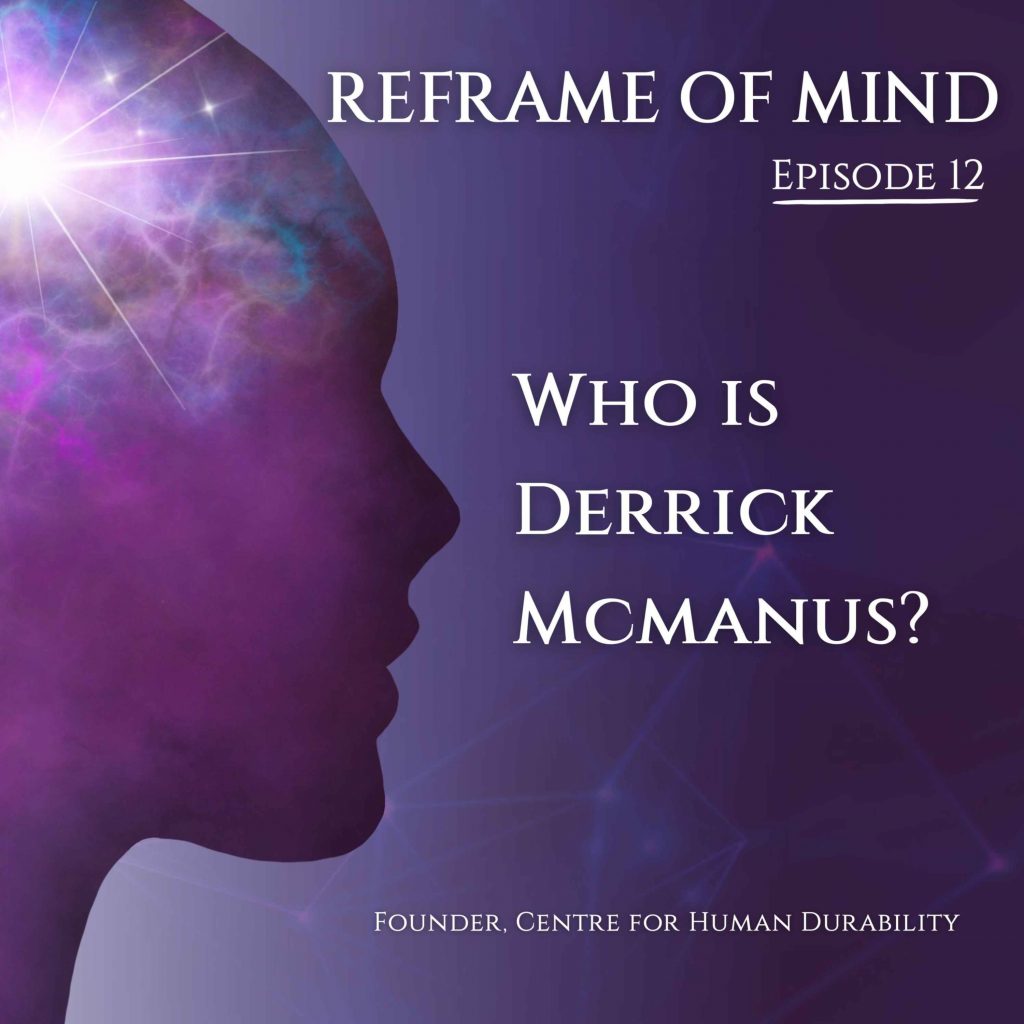 We’ve all used the “someone’s always got it worse off” bandaid of toxic positivity when something bad happens, and the buzz of recent times is around being resilient, but what if that paper cut was the last in a long chain of bad experiences that completely emptied our emotional bucket?

Derrick McManus had a really bad day at work once. He was shot 14 times in 5 seconds and almost died. Derrick was a South Australian Police officer operating in the elite Special Tasks And Rescue (STAR) Group.  He held specialist skills as a sniper, diver and was trained by the military elite Special Air Services Regiment (SAS) in counter-terrorist tactics. His recovery and re-entry to the same team is only a part of Derrick’s story, which is one of durability and action well past the platitudes of “she’ll be right”.

In this episode, Derrick shares his story and experiences to shift our perspective on the value of resilience and durability.

You can connect with Derrick on his social media directly below:

Reframe of Mind contains discussion around mental health that may be disturbing to some listeners. If you are concerned about yourself or someone you know, please seek professional individual advice.

Some of the main crisis lines in Australia are listed on our Mental Health Crisis Resources page, including those that operate 24/7 like Beyond Blue and Lifeline. 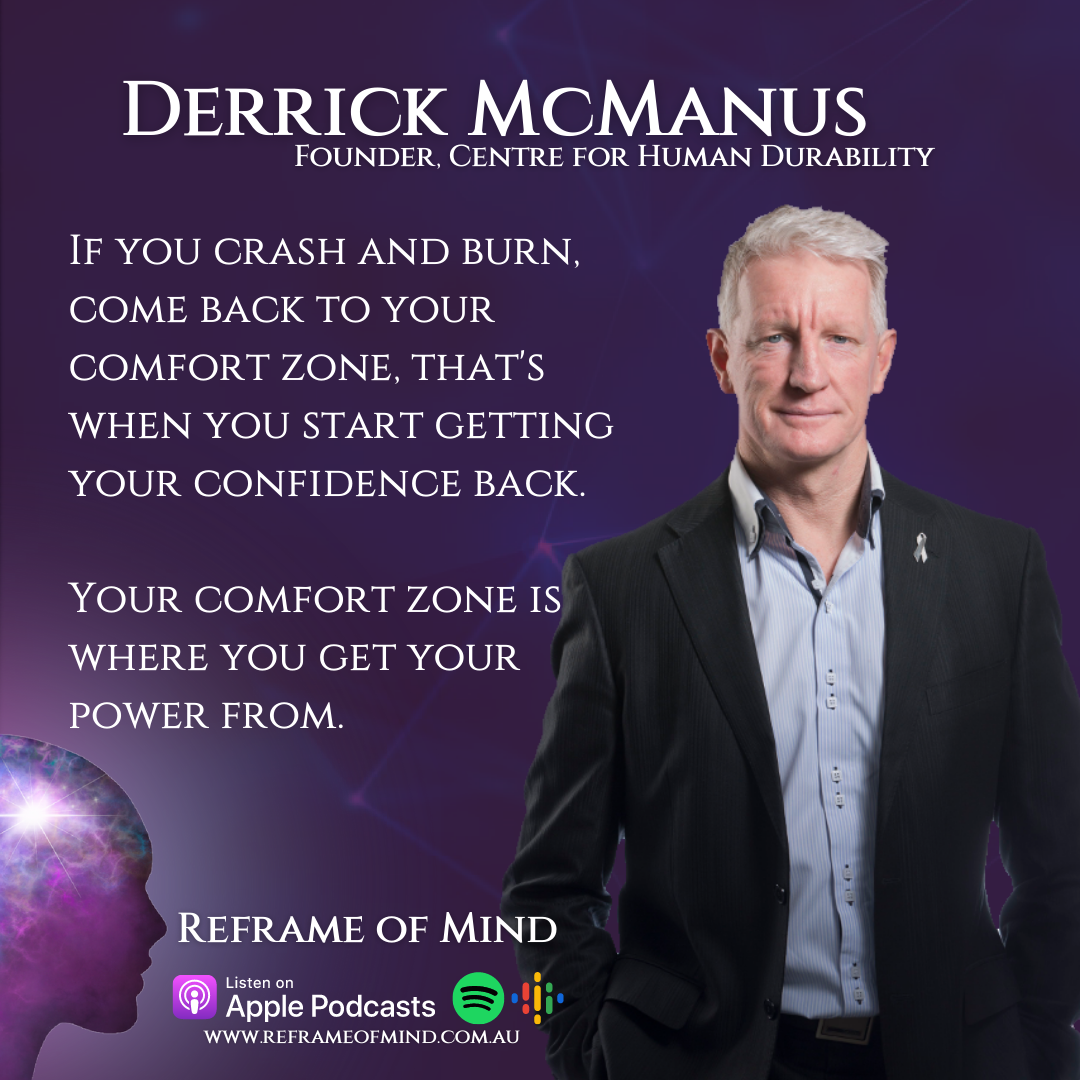 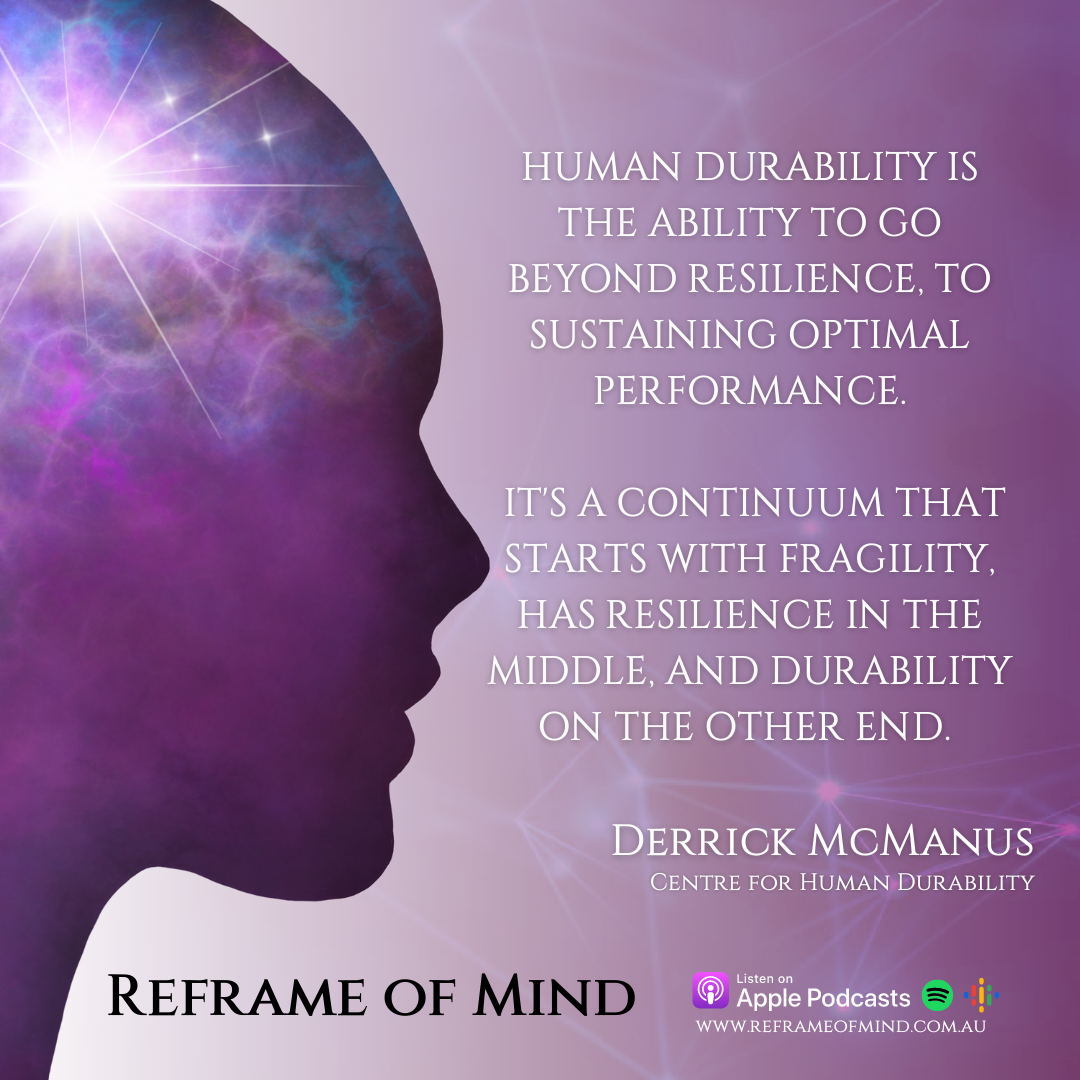 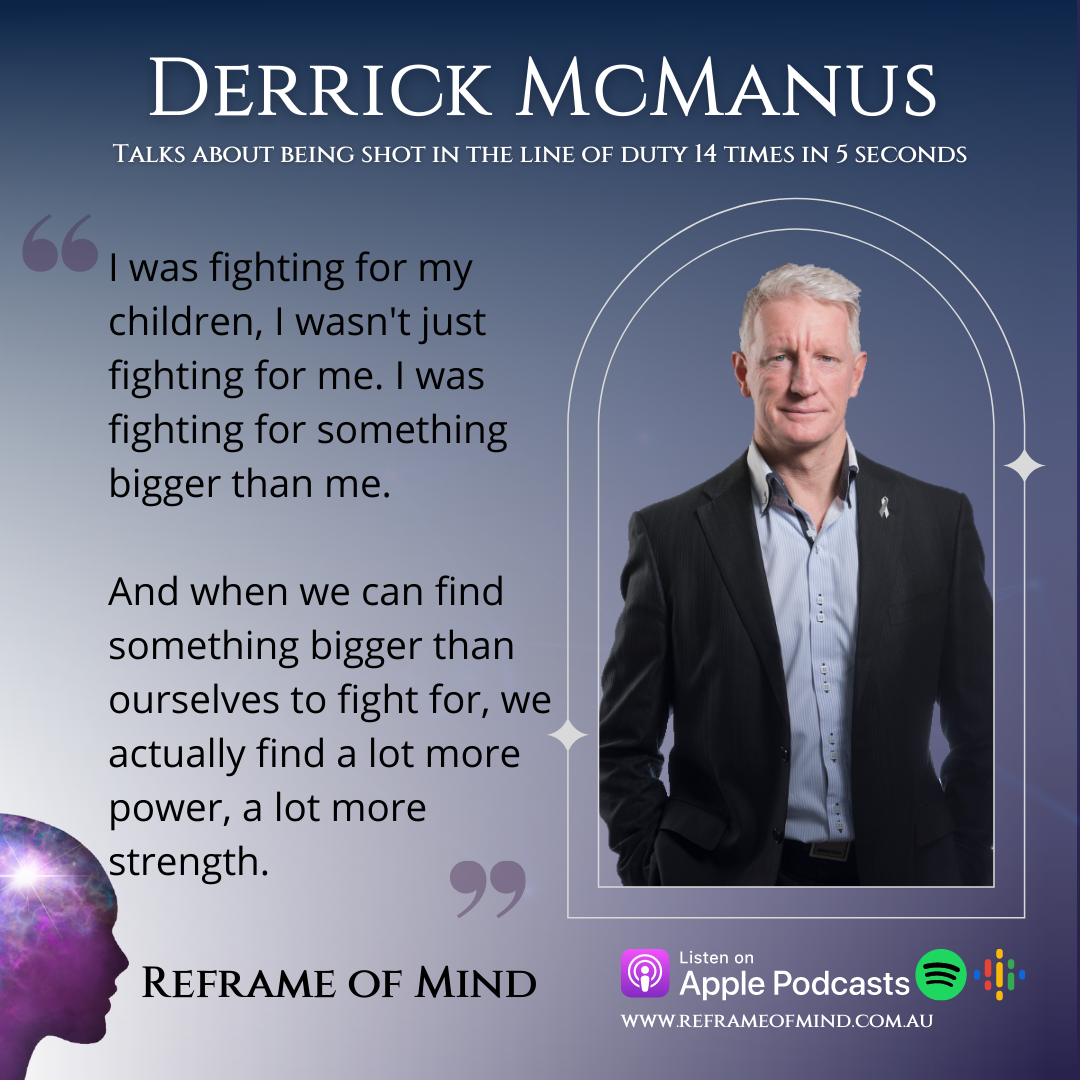 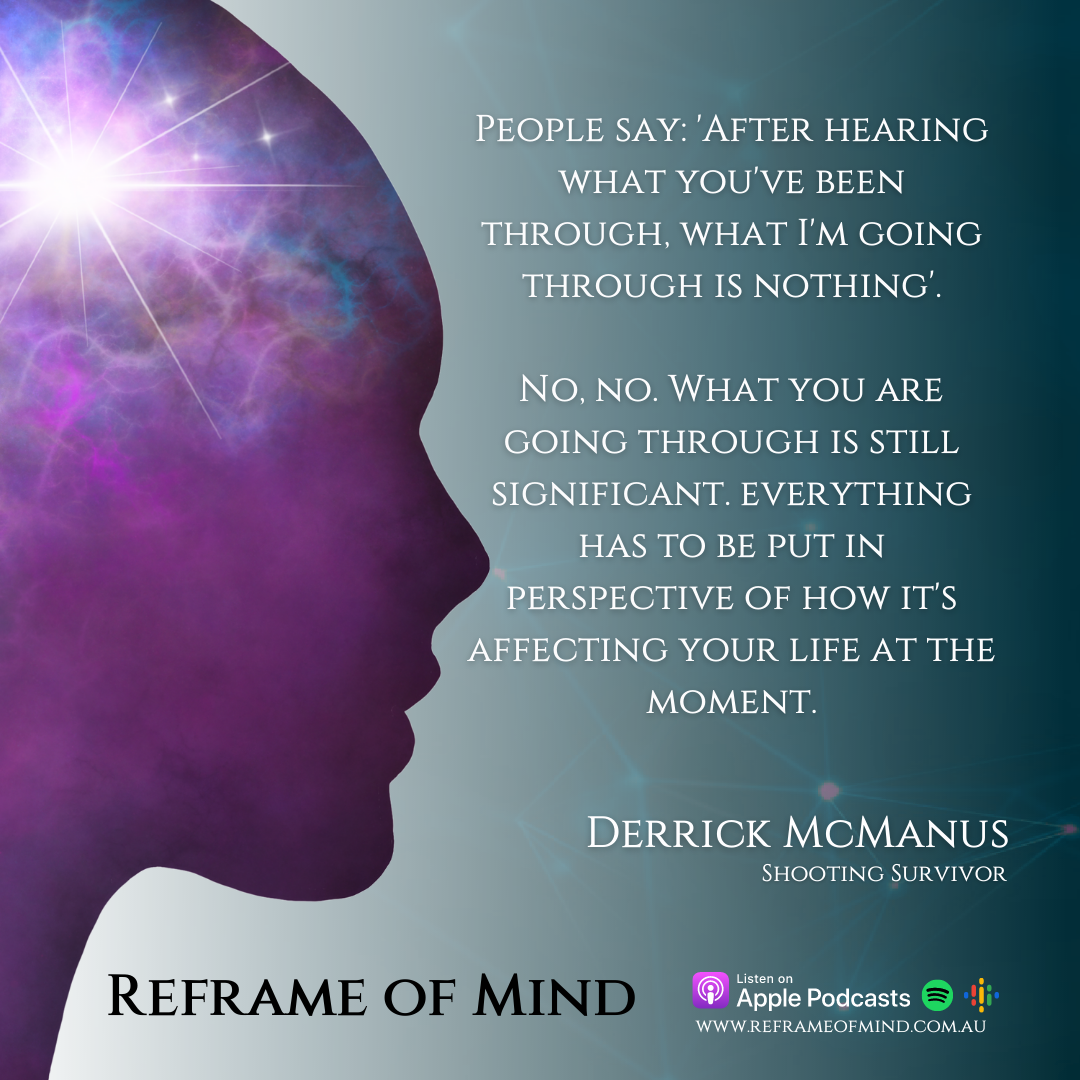 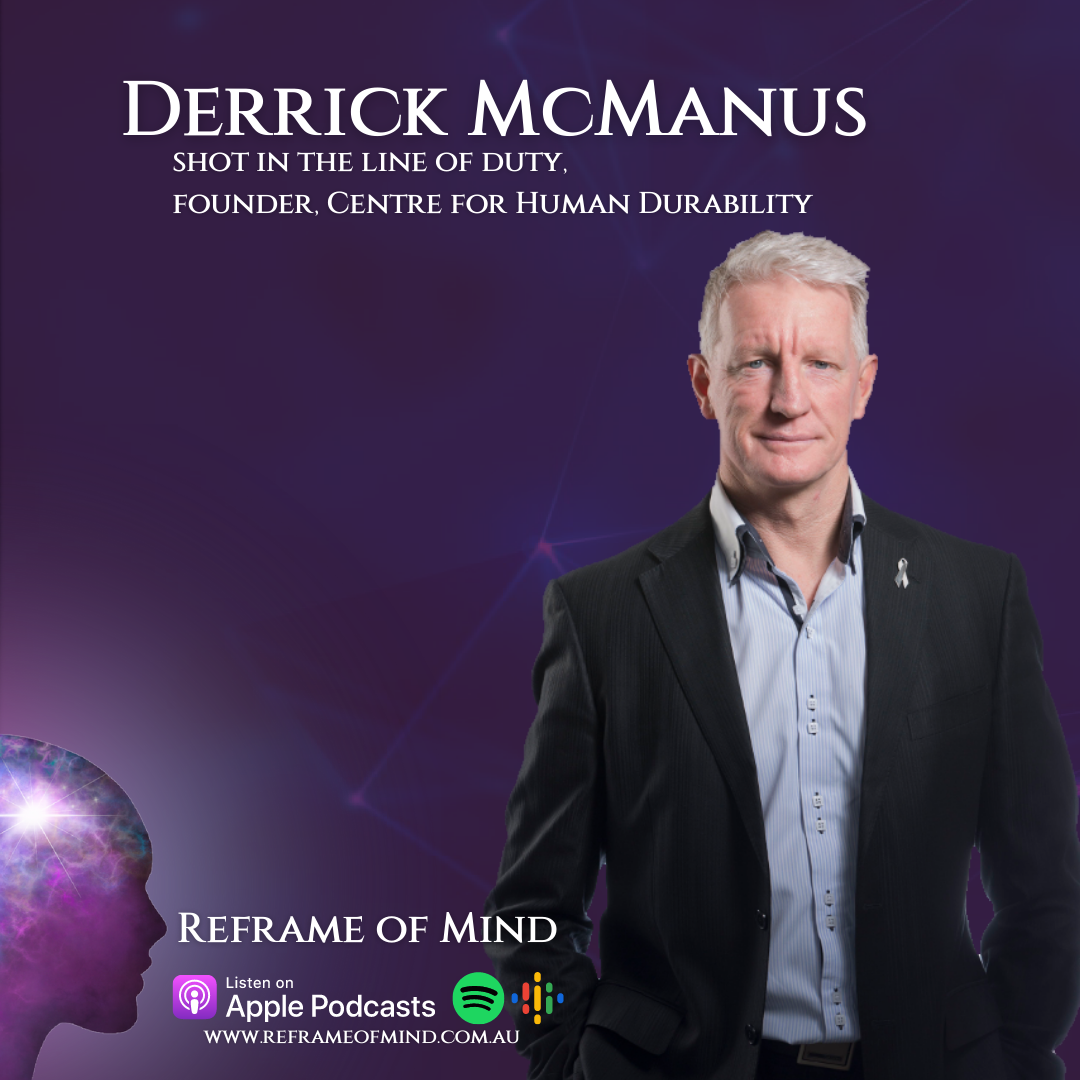 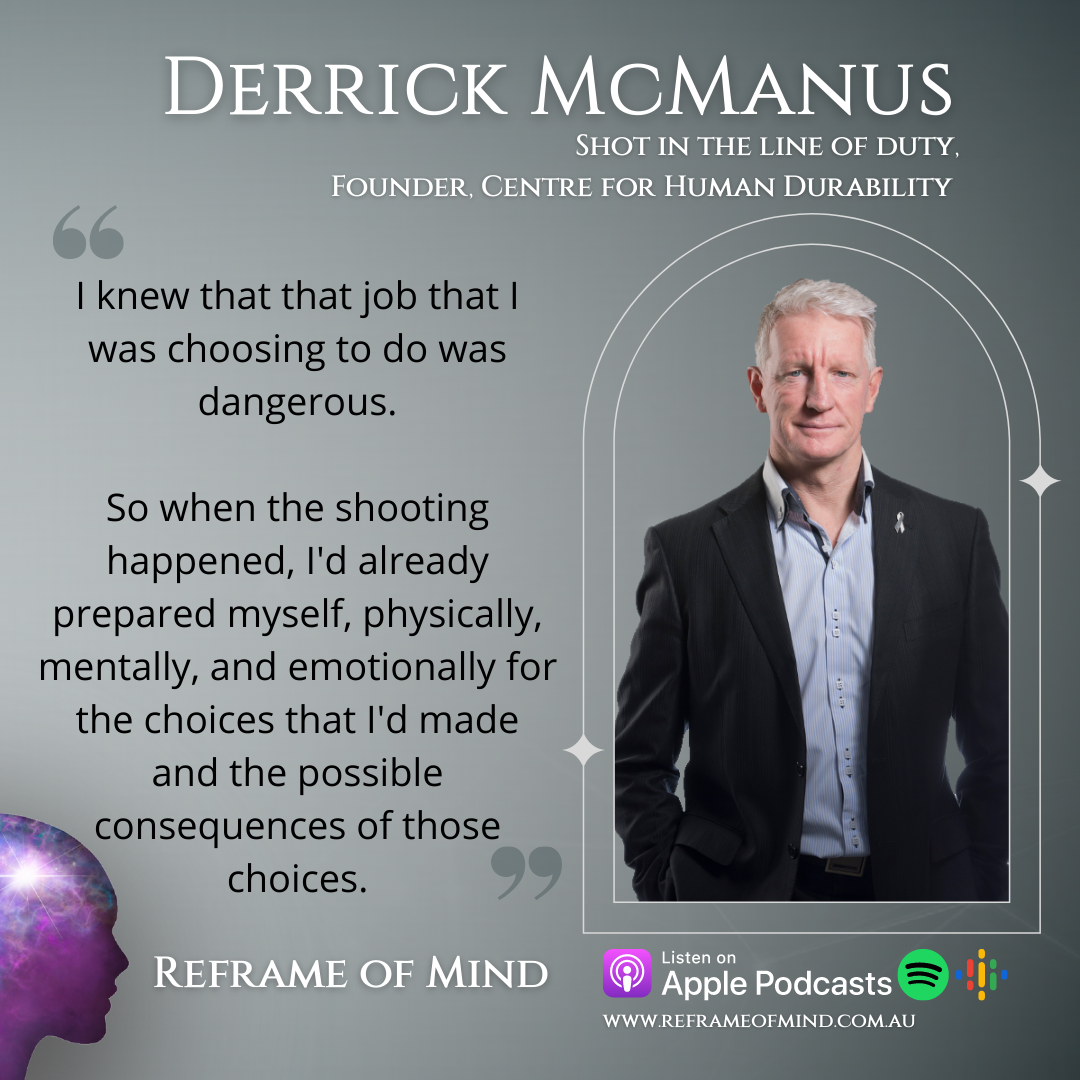 Here’s some extra things you might not know about Derrick, as well as some of the things mentioned during the episode.

Derrick McManus was a South Australian Police officer operating in the elite Special Tasks And Rescue (STAR) Group.  He held specialist skills as a sniper, diver and was trained by the military elite Special Air Services Regiment (SAS) in counter-terrorist tactics. This is a physically, mentally and emotionally demanding environment.  It is an extreme, potentially overwhelming, VUCA environment in every way.

Derrick’s team had been tasked to arrest a high-risk offender.  He was obviously not very keen on being arrested. He fired 18 times in less than 5 seconds and hit Derrick 14 times. Derrick was then lying on the ground bleeding for 3 hours prior to his rescue.

Derrick had proactively prepared himself physically, mentally AND emotionally for the challenges he could expect as a result of the choices he had made.  He took responsibility for his actions and for all possible consequences. This format has been developed into the model for Human Durability and forms the basis of the philosophies within the Australian Centre for Human Durability.

Watch an A Current Affair story about Derrick, featuring an interview with the doctor that treated him on the scene of the siege:

Jump to: Episode Transcript | Other Guests | Gallery | Top of Page

Jump to:  Show Notes | Other Guests | Gallery | Top of Page

Check out some of our other guests who appear throughout Reframe of Mind: